One of the things we have been doing over the past week is reading, I find that reading some novels is one of the ways that helps me relax most quickly. 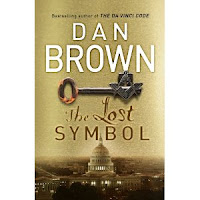 I started by reading Dan Brown’s latest book ‘The Lost Symbol’, a frustrating book as I wanted to know what happened, and yet, like his others, full of conspiracy leaving you wondering what is true and what is false. This one is focussed around Freemasonry, which through its secret rituals and symbolism, is ripe for a conspiracy theory, but the book questions religion as a whole, with the main character advocating that it is all myth and a crutch for the weak, whilst the female protagonist is more sympathetic though with a very universalistic view that all religions lead to God. The baddie on the other hand seeks to become God through gaining knowledge (Gnosticism).

Interestingly, he states that on the tip of the Washington Monument (is it true that no other building in Washington is allowed to be built that is taller than this monument?) are the Latin words ‘Laus Deo’ – Praise God, and in the foundations was placed a copy of the Bible by the founding fathers of America. A reminder that our lives are to be built upon the Word of God, and that the pinnacle of human life is to worship God. As is written in the Westminster Catechism, ‘the chief end of man is to worship God’.

The Westminster Shorter Catechism was written in the 1640s by an assembly of English and Scottish theologians. The assembly also produced the Westminster Confession of Faith and the Westminster Larger Catechism. The three documents are considered by many Protestants to be the grandest doctrinal statements to come out of the English Reformation.The purpose of the Shorter Catechism is to educate lay persons in matters of doctrine and belief. The WSC is in a simple question and answer format to facilitate memorization. Typically, parents and the church would use the shorter catechism to train their children in the ways of the Lord.

Anyway, enough of Dan Brown, I have gone on to discover Stieg Larsson, a Swede who wrote three novels which make up the Millennium Trilogy, the first of which is ‘The Girl with the Dragon Tattoo’. He died unexpectedly shortly after handing the manuscripts to his publisher. A good read, but no theology to discuss! 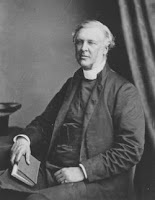 Have also been reading a book about my great great great uncle, Frederik Barker, who was the second Bishop of Sydney. Before he became Bishop he was a vicar in Liverpool in the 1840-50’s when Liverpool was growing rapidly as a city. In his desire to provide for the spiritual welfare of the poor people of his parish, he decided to build a new church. To raise the necessary money he used to write 5 or 6 letters a week to persons who were likely to be  able to help, and before the next Sunday he visited each of them to get their answer to his request – a way that the book states ‘proved eminently successful…and in 1850 the Church of St. Stephen the Martyr was opened free of debt, and was soon crowded by the poorer classes who flocked to it in great numbers’. Have to remember that fund raising technique for the future!!!

But referring back to one of the topics raised in ‘The Lost Symbol’, the Bishop, in an address to the clergy of his Diocese, alluded to one of the great dangers which prevailed at the time – ‘an indifference to distinctive Christianity and consequent apathy in regard to the extension of Divine truth’. It seems that universalism was alive and kicking even 150 years ago. To quote what he said, ‘It is a short and easy way to get rid of what politicians call the religious difficulty, to treat all religions alike. But the persons who adopt this principle cannot be expected to feel any real earnestness upon the subject of religion. True Christianity drawn from the Scriptures admits of no compromises…..In all matters relating to the soul’s salvation, its langauage is ‘He that is not with me is against me’. Our safeguard against this danger is distinctive religious teaching. Our people should be taught not only why they are Christians and Protestants, but why they are members of the Church of England. He who has learned to love the Scriptural faith as exhibited in our articles, the apostolic order, the devotional spirit, and the reasonable services of our Church, is not likely to err from her fold’.

I wonder whether in our modern society we have foregone such things as the Westminster Catechism as out of date but failed to replace it with similar teaching, that enables all members of the church to know why we are Christians and safeguard our faith against universalism, gnosticism, compromise, indifference…and help us to know the dangers highlighted in books such as Dan Brown’s.

However being here, each day walking by the sea or in the mountains, watching the waves, seeing seals playing, or enjoying beautiful sunsets, reflecting on the amazing creation that the awesome Creator has given to us to enjoy, is a delight and wonder, leading us to……..Praise God and to take time to read His Word.

Any cookies that may not be particularly necessary for the website to function and is used specifically to collect user personal data via analytics, ads, other embedded contents are termed as non-necessary cookies. It is mandatory to procure user consent prior to running these cookies on your website.